Hi there! It’s Matthew here again, as you may know I’m the Site Admin for ASPIE, but today I’m posting other things. Namely today’s post is about Minecraft.

Like many people, I play Minecraft, but like many People With Autism, it’s a struggle to find a Server. Not because there are none – in fact there’s thousands – but to find one that will be good for me is tough.

Or it would be, but Autcraft steps in to help where others don’t. Autcraft is the only dedicated Autism Friendly Minecraft Server. I first heard about Autcraft back in 2013 but never managed to join until January 2017.

Autcraft was launched in June 2013 by Stuart Duncan – aka AutismFather – and has since grown to nearly 10,000 registered Players. It’s set up so that Players are able to be with others who also have Autism and feel comfortable with a familiar game. It also has several measures in place to not only ensure safety, but also to enhance the experience for all Players. It’s been the subject of several news stories and a recent Guinness World Record Attempt for the Longest Minecraft Livestream Marathon.

But for me, the fact that I can enjoy Minecraft anytime and be with other players who would never be able to play otherwise is amazing.

ASPIE alive and kicking but differently for the time being 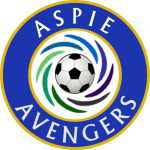